Back from Antarctica – Expedition Lidia A Success! 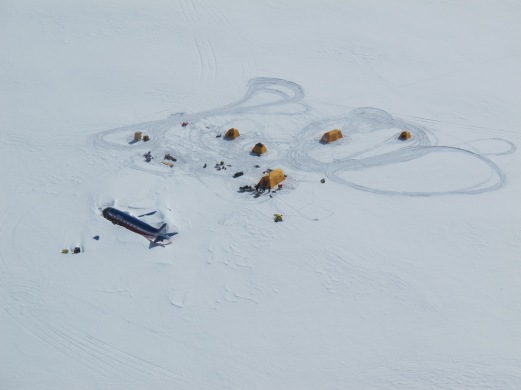 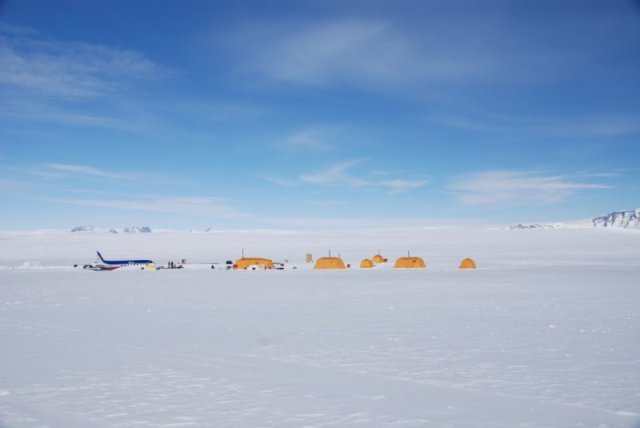 After living 45 days in a tent encampment on the ice of Antarctica’s Holtanna Glacier, on January 10th, Sue flew to Cape Town, South Africa. There, she found herself staying in a beach guest house near a white sand beach and the local kite surfing spot. This location was a welcome contrast from sleepless nights in a wind-blown tent and working in the cold. After working for 48 straight hours, her crew flew first to Novo Base, the Russian research installation and then to Cape Town on an Ilyushin Russian cargo aircraft.

Their final days on site proved taxing for everyone. The aircraft was lifted out of the hole on airbags and onto its wheel-skis on Wednesday night and took to the air on Friday. When pilots arrived to fly the DC3-Turbo out, cold dead batteries and engines unable to start delayed their testing and take-off. After sleeping for only 2 ½ hours, on Friday morning Sue was awakened by the whining and coughing of one of the large engines struggling into the smooth sound they had been waiting for. This was soon followed by the second engine taking life. Finally Lidia was purring and back on her feet.

After a 200 meter test taxi run, the 68 year old Canadian pilot said, “We’re rolling.” He boarded Lidia with his co-pilot and the main mechanic. They taxied 1 km and took off with flaps and skis down, ferrying the plane to Novo where they landed one hour later!

After Lidia’s departure, the ground team had 2 hours to take down and pack the entire camp. They boarded a Twin Otter for the flight to Novo. It took two trips to carry everything and the expedition team. Guess what Sue did at Novo—she took a long hot shower and drank a well-deserved shot of Scotch!

About 9 pm, the team boarded the Ilyushin and arrived in Cape Town the following morning. Sue found herself staying at the same location as the Ilyushin pilots, at the Colombian and honorary Paraguay consulate. Relaxing on the beach, swimming in the pool, wine touring, a two day driving photography safari, along with getting around Cape Town, filled a week of relaxation after the arduous accomplishments in Antarctica. Sue arrived back home in Whitefish on January 19th after traveling 55 hours.

The following morning, in 20 degree weather, she walked 1.5 miles to Coffee Traders to meet her waiting friends. She appeared refreshed and says her biological clock will take a while to right itself. Right now, she is awakening at 0300, ready to go!

After additional attention to details and more testing, Lidia headed to the South America via Antarctica, through Central America, Mexico and to the US; then on to Canada where her main base is located. (As of January 25th, she is home and safely hangared.)

A number of photos with this final blog of Sue’s Antarctic trip will give you a clear picture of the beautiful rugged environment and their tremendous accomplishment. The crew had a few minor injuries and no illnesses, so Sue spent much of her time helping with the digging and extraction of Lidia instead of using her medical skills.

After a short rest, Sue is off to Colorado for a week long avalanche course above 12,000 feet, followed by teaching a number of wilderness medicine courses and a trip to Cordova Alaska for helicopter skiing. Check out her website at: http://www.cboutdoors.com for her teaching schedule and updates. 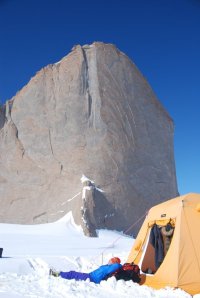 Bye for now. Hope you have enjoyed following Sue on her latest adventure.

Author and retired medical doctor with broad interests in writing, flying, photography and outdoor life. She has Indie published 7 books, fiction & non-fiction, all available on Amazon. Writing projects include: multiple books of fiction: a medical thriller series, a psychological thriller set in 1960 co-authored with her sister Bev, and others in process. Dr. Kuffel lives in MT with husband Tom, two dogs and neighborhood deer.
View all posts by bettykuffel →
This entry was posted in Antarctica, Antarctica Adventure Blog and tagged wilderness medicine. Bookmark the permalink.

4 Responses to Back from Antarctica – Expedition Lidia A Success!